People of the Southwest

The Navajo lived in the Southwest. They called themselves the "Dine," which means the people in their language.   They hunted and gathered for food. They learned to make pottery, weave baskets, and how to farm from the Pueblo.  They lived in hogans, which is made from log and covered with a thick layer of soil. The hogans only had one room.  The door faced towards the east, where the sun rises.  They raised sheep for food and wool. They were organized into family groups. Each group had its own leader instead of having one main leader. When settlers came to the land there was conflict between the Navajo and the white settlers becasue everyone wasn't aware of the treaty made by the U.S. governemnt.
When Kit Carson was put in charge to stop the problems between the Navajo and the white settlers he destroyed their crops and hogans. He took all their animals.  The Navajo were forced to move to the army post at Fort Canby. They were then forced to move east. They had to walk 300 miles to Bosque Redondo near New Mexico.  The "Long Walk" was very difficult and tiring for the Navajo. Many people died along the way. When they came to Bosque Redondo the water was dirty and the soil wasn't good for growing, so more people died.
At last, the U.S. decided to let the Navajo go back home and have a normal life. The government them sheep and schools.  The Navajo moved back to rebuild new homes.
Later the Navajo found important resources on their land. They formed The Navajo Tribal Council to make their own laws to protect them.  Henry Chee Dodge was the first Chairman for the council.
The largest Native American group living the in US today are the Navajo Nation.  They live in Arizona, New Mexico, and Utah.  They try hard to keep their customs the same way they did when  they first came to the land.

Spanish Influence in the Southwest 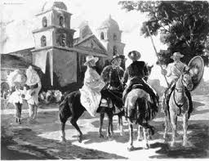 Spain sends explorers to America to find gold because the govener wanted gold. in 1540 the govener sent Francisco Vasquez de Cornodo to search for gold in different states.First they went to arizona but they didn't find any thing. Then he decided to split everybody up . Different people went to  the gulf of california, New Mexico, Rio grande, Oklahoma, and Kansas, but had no luck. They went backt  to mexico.
When the spanish came to New Mexico they brought missinaries with them. they wanted to spred religious beliefs to th Native Americans. they built missions on Native American land in Arizona and Texas. In San Antonia Texas, they built the queen of the missions called San Jose.
Today  the Native Americans of the Southwest and Mexico have influensed the culture of the region. Special Mexican and spanish foods are popular to eat. Mexican culture brought lively music and Western clothing to the region 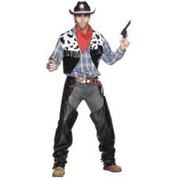 The spanish missinaries brought cattle to texas. When they left, The left there cattle behind. When the settlers arrived there was alot of cattle roaming around. in 1870 they sold beef to the army from the cow. They used the cows for beef for there families. They also used them for leather.
When Texas farmers and rachers came home from the civi war they started cloecting there cattle. They Put them out into grassy areas until they got fat so they can sell them and make money. There was no railroad there yet so they took the cattle they were selling to places that did have railroads like Kansas City and Chicago. The market for beef grew which helped the economy.