Water and Land of the Midwest

The states that are near the Great Lakes are called the are Lakes States. The Great lakes are: Lake Ontario, Lake Erie, Lake Huron, Lake Michigan, and Lake Superior. They are all connected to each other. They are also the largest group of freshwater lakes in the world. The Great Lakes contain one- fifth of the world's freshwater- water that is not salty.

The Illinois Waterway, which consists of rivers, lakes, and canals used for ships to travel, connects Lake Michigan to the Mississippi River. The St. Lawrence Seaway connects the Great Lakes with the St. Lawrence River and flows into the Atlantic Ocean. Lots of the goods from the Midwest are sent by boat or barge. Barges are big, flat boats. Boats and barges transport goods through the Great Lakes and on rivers that eventually float into the Atlantic Ocean. Barges travel very slow.  You cannot put food on the barges because they will spoil. However, barges carry heavy products, such as cars, medals and coal.

Changes in the Badlands

Sue Hendrickson discovered her first fossils in the badlands of South Dakota. Badlands are areas of dry hills and sharp cliffs formed of crumbling rock. The Badlands National Park in southwest Dakota has lots of dry hills and cliffs.  Wind and water have carved its soft rock into sharp ridges and other fantastic shapes. Erosion shapes the Badlands. Erosion is when rock wears away by water and wind.

Many animals live in the Badlands. For example, birds, reptiles, insects, and mammals (praire dogs and porcupines).
A praire is an area where grasses grow well, but as litte trees.  This area surrounds the Badlands. 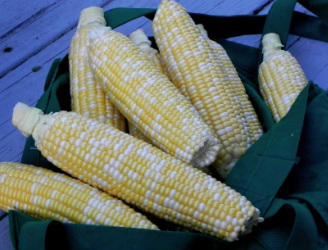 The midwest is great for farming because the soil is very rich and deep.  There is also plenty of rainfall.  The growing seasons are longer in the midwest and the summers are warm.  The farms in the Midwest are used to grow all different types of crops used for food and other products.

The farmland of the Central Plains is known as the Corn Belt. This area is great for growing corn because it gets plenty of rain.  These farmers usually alternate between growing corn and soybeans each year. The soybean plants help the corn grow the next season. Alternating crops between each season is called crop rotation.

The Great Plains doesn't get as much rain as the Central Plains. Farmers grow crops like wheat, oats, and barley because they grow well without as much water.  Today, farmers can use this land to grow more varieties of crops because they use a process called irrigation to help water the plants. Irrigation allows farmers to bring water to their farms and spray it over their fields.

The Midwest is also known for raising hogs. It is a leading region in hog production.  In Michigan, you can find apple, cherry, peach, and plum orchards around the state. They also have fields of blueberries, grapes, and strawberries.  Dairy and milk products are important to Wisconson's economy. The Midwest also has large cattle ranches.